Madge Gill is undoubtedly one of the world’s most highly regarded Outsider artists. She is represented in all of the major international outsider public collections including the Collection de L’art  Brut  in Lausanne and the L’Aracine Collection at the Musee d’Art Moderne in Lille.

Pearl was discovered by George Melly at an exhibition in South London in 1990. He  collected her work and introduced her to Monica Kinley who included her in the famous Musgrave-Kinley collection on Outsider Art. Her work can now be seen as part of that collection at the Whitworth Gallery in Manchester. She started painting as couldn’t afford to send friends birthday cards and soon developed into an amazing colourist using pencils, crayons, felt tips and acrylics. 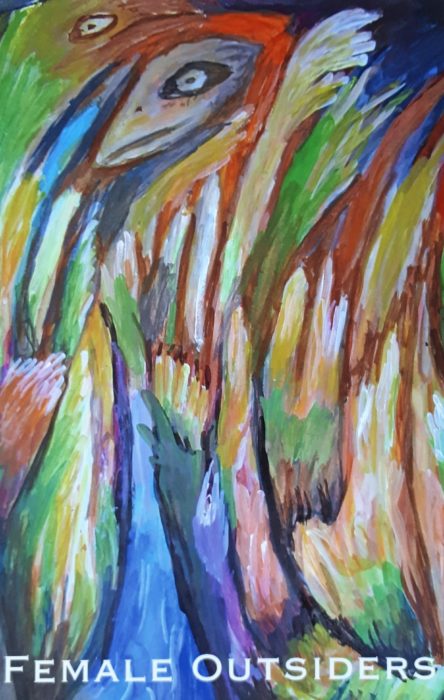